Even though COVID-19 is currently stable and under control in Thailand, CSBio2020 would remain an online conference that will take place virtually, based on the Bangkok, Thailand time zone of GMT/UTC +7.

CSBio2020 is a part of the activities and events in the AI Week in Bangkok, Thailand during Nov. 18-22, 2020, and collocating with ICONIP2020 and the 4th Deep Learning and AI Summer/Winter School (DLAI4).

With the advancement in next-generation molecular technology in generating the high-throughput “omics” data, life science has come to the era of “big data”. To extract biological knowledge from the data and translate it into benefits for society (e.g. better medicine and healthcare), novel and advanced computational tools are needed for data analysis. The current trends are to leverage AI and application of cognitive computing that combines domain knowledge with machine learning.

The call for paper targets contribution in the field of computational approaches designed to face the challenges aroused by biological systems. It aims at giving an overview of the cutting-edge methods and tools to address biological systems. A Special Session on COVID-19 Health, Analytics, and Technologies (CHAT-2020) will provide an opportunity for global research linkages and experience sharing.

CSBio 2020 would like to invite researchers and industrial counterparts to meet at this event to exchange ideas and stimulate research collaborations.

Topics of interest include, but are not limited to:

Submitted papers should describe original work that does not overlap with papers that have been published or that are simultaneously submitted to a journal, conference, or workshop with refereed proceedings.

Papers should be written in English, formatted according to the ACM SIG style (sigconf template). Full papers needs to be at least 5 pages and should not exceed 10 pages and must be submitted via EasyChair system. Short papers of up to 4 pages may be considered as well as extended abstracts of up to 2 pages.

Papers must be submitted electronically as PDF files via EasyChair at https://easychair.org/conferences/?conf=csbio2020.

More information about the formatting of the paper can be found at http://www.acm.org/publications/article-templates/proceedings-template.html/

Papers must be submitted electronically as PDF files via EasyChair. The limit for submissions is 10 pages. References and appendices will not be counted in the page limit during the initial submission process.

The CSBio 2020 proceedings will be published in electronic form by ACM ICPS, which is indexed by Scopus, ISI Web of Science, EI Compendex, and other major databases, and will be available at the ACM Digital Library.

Post-conference special issues to appear in indexed international journals such as Computers in Biology and Medicine (Elsevier); Journal of Bioinformatics and Computational Biology (World Scientific); Heliyon Computer Science (Cell Press – an imprint of Elsevier); and so on. The conference program is now available. 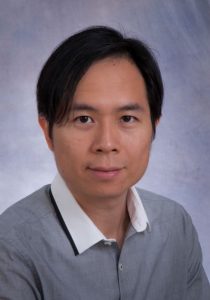 Dr. Ryan Yuen is a Scientist in Genetics & Genome Biology Program at The Hospital for Sick Children, and an Assistant Professor in Department of Molecular Genetics at the University of Toronto. His research focuses on exploiting whole genome-scanning methodologies to dissect the underlying genetic architecture in autism spectrum disorder and other related conditions. Dr. Yuen has published over 70 peer-reviewed research articles, many in top journals such as Nature, Science, Cell, New England Journal of Medicine and Nature Medicine.
Abstract:
Identification of underlying genetic factors has provided important information on the functional pathways involved in many of complex disorders. However, the casual genetic factors identified in many complex disorders so far generally confer less risk than expected from the empirical estimates of their heritability. Tandem DNA repeats make up around 6% of the human genome and have been associated with more than 40 monogenic disorders, but their involvement in complex disorders is largely unknown. I will present our novel approach to detect genome-wide tandem repeat expansions. This approach has led to the identification of rare tandem repeat expansions contributing to autism spectrum disorder and other related conditions. It provides a model to search for missing heritability in other complex disorders. 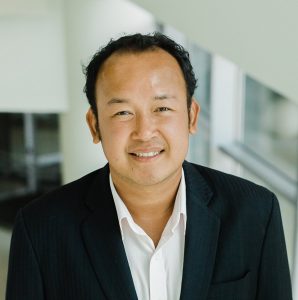 Intawat Nookaew is currently an Associate Professor in the Department of Biomedical Informatics at the University of Arkansas for Medical Sciences (UAMS) College of Medicine. He received his PhD degree Chemical Engineer from the King’s Mongkut’s University of Technology Thonburi, Thailand in 2007. In his thesis work, he focused on multilevel-omics data analysis and integration to study lipid metabolism of yeast at genome-scale level.

After completing his PhD, he continued to have training as postdoctoral fellow (2008) in Chalmers University of Technology in Sweden in the area of Systems Biology in Biotechnology and Biomedical research. In 2012, he accepted the Assistant Professor and was promoted to be Associate Professor in 2014 in the Department of Chemical and Biological Engineering at Chalmers University of Technology in Sweden. He developed many useful bioinformatic software packages and web service that can be applied in broad applications.

In 2014, Intawat accepted a Senior Scientist position at Oak Ridge National Laboratory, TN, USA. He was a part of two big team science projects to which are Bioenergy Science Center, focused on development of consolidate bioprocess to produce biofuels from lignocellulosic materials and Plant Microbe Interface, focused on deeper understanding of beneficial interaction of microbial community and plant.

In 2016, Intawat pursue his interest in Biomedical research, he accepted an Associate Professor in the Department of Biomedical Informatics (UAMS). While at UAMS, he has focused on development of computational/bioinformatical methods to advance the utilization of cutting-edge technologies for study RNA/DNA modifications and microbiome in Biotechnology and Biomedical research.

Intawat has published over 130 peer-reviewed articles and book chapters. He was recently recognized by the Web of Science group for the quality of his research as a Highly Cited Researcher 2019. He has over 9,300 citations, H-index = 42, i-10 index = 83 based on Citation at Google Scholar.

Ribonucleotides modifications to mRNA play important roles biological regulations. Over 170 types of RNA modifications have been experimentally validated. Their detection traditionally relies on specific antibody-based enrichment and analytical chemistry tools; these approaches are labor intensive and can detect only one or a few modifications at a time. This is insufficient to truly assess complete transcriptomes for sequence-specific identification and quantitation of epigenetic signals. Recently, we were the first to use third-generation Oxford Nanopore Technology (ONT) sequencing to directly sequence cellular RNA in native from, at a transcriptomic level. We determined that the method can uncover RNA modifications of any type. Based on the principle that such modifications are absent on cDNA (6) or synthetical unmodified RNA, we conducted a study that compared sequence features of native modified RNA with unmodified RNA of the same sequence. We developed a bioinformatics tool, ELIGOS (Epitranscriptional Landscape Inferring from Glitches of ONT Signals), that successfully identified modified RNA bases from the native RNA sequences. ELIGOS accurately predicts known classes of RNA methylation sites (AUC > 0.93) in rRNAs from E. coli, yeast, and human cells, by using either unmodified in vitro transcribed RNA or our developed background-error model, which mimics the systematic error in native RNA sequences. The validity of the approach was illustrated in transcriptomes of yeast, mouse, and human cells.  We further apply ELIGOS in detection of DNA adducts and for distinguishing individual alkylated DNA adducts. We analyzed a library of 15 plasmids containing site-specifically inserted O6- or N2-alkyl-deoxyguanosine lesions differing in sizes, functional group and regiochemistries. Based on the native DNA sequences, ELIGOS can accurately identified the location of individual DNA adducts. Moreover, individual DNA adducts were clearly distinguished from each other at the signal level. ELIGOS software is publicly available and can be used to detect possible RNA and DNA modification sites at genome-scale from native RNA/DNA sequences.

Online – Anywhere on Earth (based on Bangkok, Thailand time of GMT/UTC +7)